In the grim, dark future, robots have seized control of the world, and the fate of humanity rests on the (large) shoulders of one rugbyman. For some reason, you've got to win in an endless rogue-like game of rugby, against an army of evil bots. So hold on to that ball, run, dodge, and charge your way through the opposing team. And don't worry too much about the rules, these bots don't play fair anyway. FEATURES : ・Super simple controls : tap the left part of the screen to go left, the right part to go right, double tap to dodge, left + right to charge. ・Endless fun : tons of procedurally generated levels make for a new experience every time you play ・Energy powered charge : if you've got enough energy, press left and right to destroy everything in your path. Keep an eye on that energy jauge though, and grab power ups to refill it! ・Also achievements! ・Also leaderboards! ・Available exclusively on iOS! ・RUGBY! 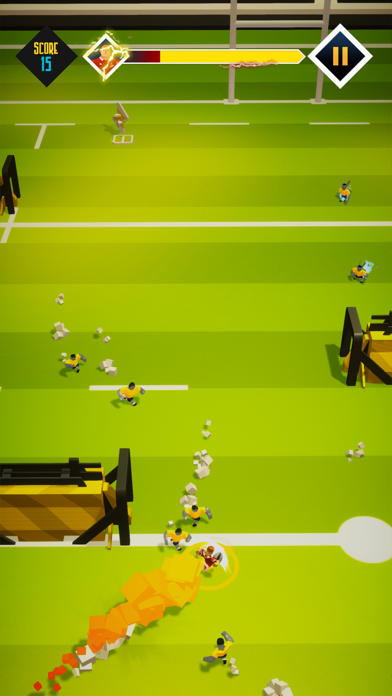 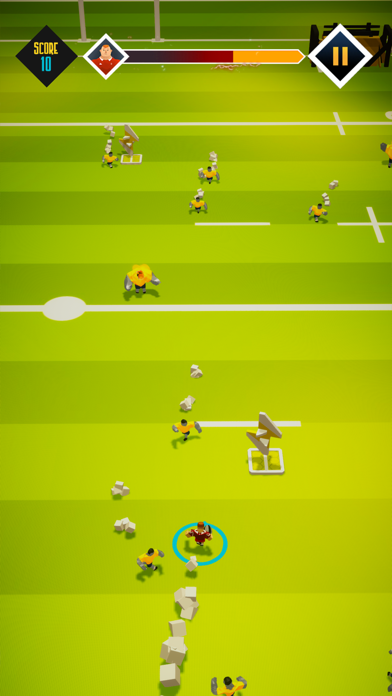 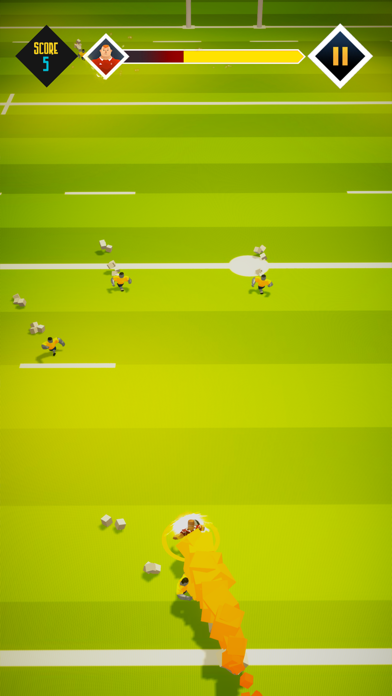 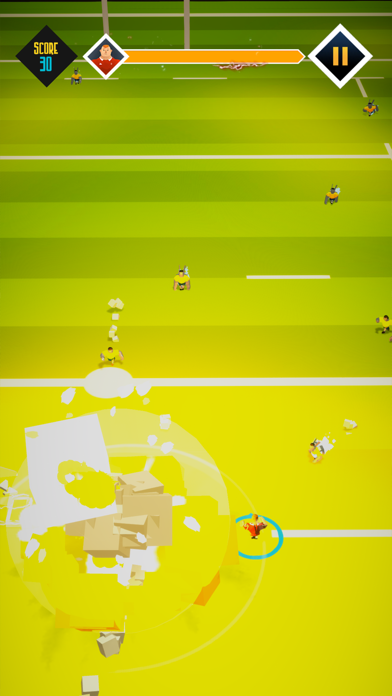 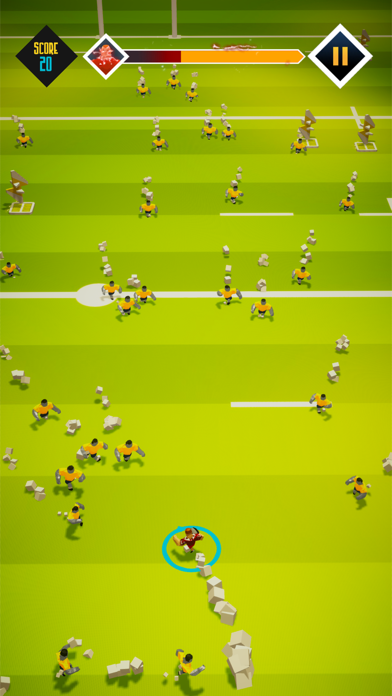